Bender is Back, Baby! 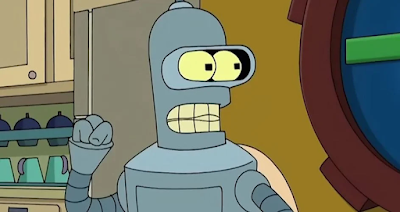 Contract negotiations can be tricky, but I personally applaud John DiMaggio for pushing for what he considered fair pay. While early reports appeared to be leaning toward the new Futurama series being without everyone's favorite, crass robot, those fears can now be put six feet down.

So, grab a drink and celebrate, because Bender is officially back, baby!